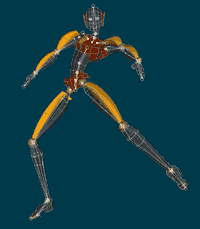 So what we need to do is to rig the model to make it possible for it to do what you want it to do when you pose it for still images or for animation. END_OF_DOCUMENT_TOKEN_TO_BE_REPLACED